Join Milano Lounge Radio each and every Wednesday for a special edition of Deep State Sessions and experience the smooth silky melodic sounds of DJ Francis James. Each show is a hand-picked blend of the best and newest melodic sounds out there that will be sure to take you on a musical journey–Enjoy!

DJ Francis James is an experienced DJ/Producer with over 25 years of industry experience.

He is a music specialist that can make any event special and unique from the rest! Originally from the Philadelphia and New York City areas, he spent much of his youth engulfed in music which quickly became his passion and joy! He quickly learned that his versatility and knowledge of music were both an asset and the key to getting a crowd on the dance floor in any environment or party. He was taught by some of the best known disc-jockeys within the Tri-State Area (Philadelphia, NYC, & Atlantic City) that had extensive DJ Residencies and Radio Shows in the early 1990’s.

He has been involved with countless DJ Expos over the course of his career, including doing some guest DJ Sets at the prestigious Winter Music Conference in Miami. He has had countless radio shows which have been broadcasted world-wide on various internet radio stations under various DJ aliases at one time or another, and he is also an up and coming music producer which has had some of his older productions distributed on world-renowned sites such as Beatport (USA) and Juno Records from the UK.

In 2016, he had the opportunity to open for some of the biggest names in the Electronic Dance Music Industry such as: Alex M.O.R.P.H., Adam Ellis, UCast, and one of Armin Van Buuren’s legendary trance vocalist, Susana from Amsterdam. He is now currently residing in Cologne, Germany and is back in the studio making some fresh new melodic music. He is focusing on Deep House with elements of synthwave incorporated into it—so stay tuned and thanks for the support! 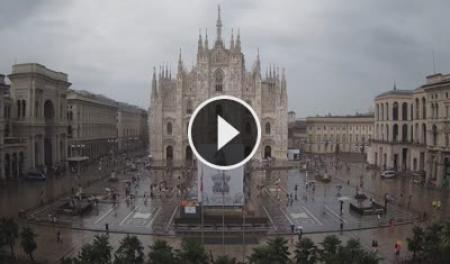